October: Time for a Cool Change

May: The Merry Month of May

October: October in the Villiage

August: A Place in Time

June: Summer’s here and the time is right…

November:  These golden days I’d spend with you.  Maxwell Anderson

August: How I Spent My Summer Vacation (so far)

May: “All things seem possible in May.” – Edwin Way Teale

December: December in the Village

August: In the Good Ol’ Summertime

July: LIFE, LIBERTY AND THE PURSUIT OF HAPPINESS TO ALL!

February: There is no instinct like that of the heart – Lord Byron

June: Newsletter: June is bustin’ out all over

April: Art Walk is Back!

04/22/16    One of the judges for the Congressional Art Competition for high school students within the Fourth Congressional district, Greenville, SC 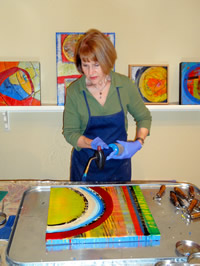 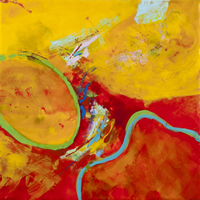 8/19/10 Greenville County Museum of Art, Artists in Action
The Museum welcomed about 50 attendees for a talk and demonstration by Patricia Kilburg on the ancient art of encaustic painting using modern methods.  Ms. Kilburg will teach a workshop at the Museum on encaustic in January, 2011.

10/25/08 “Sic Transit” Takes Award On October 25, 2008, “Sic Transit”, an acrylic/mixed media collage work by Patricia Kilburg, was given the M. Graham and Co. award by juror Mark E. Mehaffey, AWS, NWS, at the South Carolina Watermedia Society Awards Luncheon in Myrtle Beach, SC.  One of the top thirty award winning paintings, the piece will travel for a year to locations scheduled by the SC State Museum.

4/21/08 Carolina In The Morning
Patricia Kilburg featured on Carolina in the Morning. Click to see video. 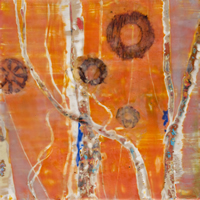 04/25/08  “Time and Tide” chosen for State Museum show
A work by Patricia Kilburg titled “Time and Tide” is chosen for The South Carolina State Museum’s 20th Anniversary Juried Art Exhibition, Columbia, SC.  “The exhibit represents the work of 116 artists from across South Carolina.  The Museum received work from 504 artists from across the entire state, giving the jurors
nearly 1,000 works of art to select from.  This exhibition represents the diversity of art found in South Carolina, and the many variations of traditions, new inventions and other works of contemporary art produced by resident artists.”

6/03  “Romanesque VII” installed at Embassy Residence
Patricia Kilburg’s textile work “Romanesque VII” is installed in the official residence of the United States Ambassador to Guatemala, as part of the exhibition curated on behalf of the Honorable John Hamilton, through the Art in the Embassies Program. 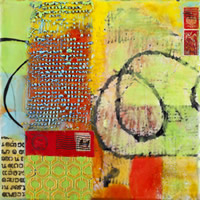